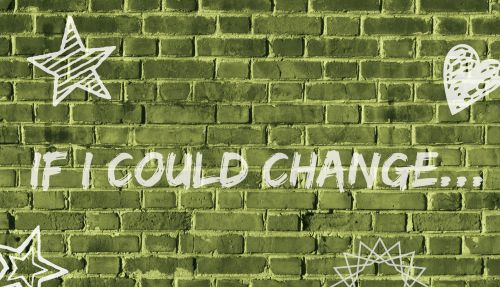 “When I came out to my parents, I told them I was sorry for being gay. I told them that I tried not to be gay. I really did try.

“Throughout middle school and high school, I – no question – wanted to be heterosexual. I come from a relatively traditional household and, while I have very accepting parents and siblings now, I never used to think they would accept me for being gay. Many have tried to pray the gay away, and I was no different. I remember nightly getting on my knees to pray and truly begging God for me to wake up the next morning and be infatuated with women, just like my brother. I remember bargaining with God and promising ‘I would do anything not to be gay.’ I’m disappointed, looking back, on how much I wanted to fit the social norm.

“Throughout high school, the only conclusion I could wrap my head around was that I would settle on being with women or I would never have a sexual experience with anyone. Of course, there’s a limit to how much a person can ignore his or her true needs. The first time I ever had a sexual experience with a guy was with a close friend during my high school senior year spring break. I was drunk when it happened, but not drunk enough to forget it the next day. When I woke up in the morning, I was overcome with guilt and shame. I had indescribable anxiety and fear of what my life would become. For so long, I had been fully in the closet, and this was the first time another individual had proof of something I was ashamed to admit.

“I was overwhelmingly distraught and fearful immediately following that first sexual encounter, and only one thing brought me peace: I decided to kill myself. A sense of true resolve came over me once I looked over our spring break condo balcony to the concrete below. I remember thinking, ‘This is just how life goes. If you act on those feelings, you have to kill yourself. And that’s okay.’ I didn’t remotely care about my future or myself; I cared about my family, friends, and God, the ones who would be affected by me being gay. People say suicide is a selfish act, but mine would have been completely for the benefit of others. Of course, this wouldn’t have benefited others, but my tainted mind honestly felt that it was the most admirable course of action. Standing there, on the balcony, I looked down and considered my life.

“I was so close to doing it. I did not jump, but it scares me still to think that I was so at peace with losing my life. The mentality that evolved from growing up in a traditional church, in a traditional family, with the absence of any homosexual role model, made me believe to commit suicide would truly be for the better. This is why overtly close-minded traditional households and churches are dangerous and an inarguable factor in many gay teen suicides. Teens are just so impressionable and my impression was that the world would rather have a dead gay man than an honest one.

“It baffles me that some people still think it is a choice to be gay. Look at all of the times I chose not to be gay, begged not to be gay, and tried not to be gay, but didn’t succeed. Of course, today, I love myself and I love everything that has become of me. I confidently feel that my family and friends love me for everything that I am. I am incredibly lucky, blessed, and privileged in so many ways. I don’t want to be all ‘woe is me’ when so many have gone through worse heartache. I wouldn’t change who I am and wouldn’t change the winding road that got me to where I am today, but I wouldn’t necessarily wish such a road on anyone else.”