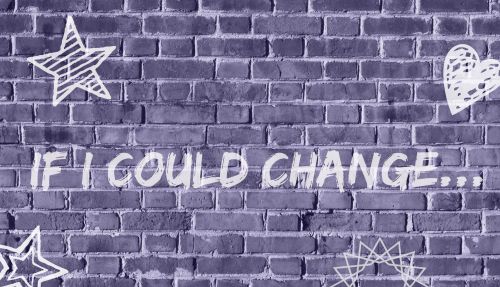 “Okay. So I sealed the deal with my homosexuality by having sex at 15. The thing was that it wasn’t that big of a deal to me when it happened. It felt good, and I had something to brag about. I didn’t care that I lost my virginity, but I was scared by the fact that it was with a man. I remember spending nights locked in my room yelling at God for making me gay in a world that would never fully love me for the person I am. I didn’t want to be straight; I just wanted it to be okay with everyone else that I was gay. Dealing with the fact that this wasn’t going to happen (and still hasn’t) was the thing I struggled with the most.

“I guess I didn’t make any huge attempts to be straight or ‘straight-acting.’ I was on dance team and was a manager for the volleyball team. I had a few girlfriends in middle school, my only period of dating females, and the most I ever did was kiss someone on the cheek. I dated during that age mainly because everyone else was, but I never felt attracted to the girls I dated. If anything, I am happy I did, because the girls I gay-dated ended up being good friends.

“The only thing I envy about the heterosexual life is the established societal roles and the resulting simplicity. I want kids more than anything else in my life. If I was straight, it would be as simple as deciding with a woman to get pregnant. Instead, I have to find someone willing to put forth the money, commitment, and effort to adopt or find a surrogate. That’s the only thing I envy of any heterosexual person. Besides that, I absolutely love and adore my sexuality and what it means for me, including the bad.“