time to begin, isn’t it? 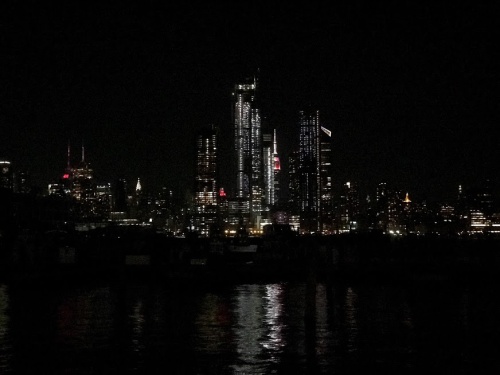 The night before I moved to New York City, my father and I arrived at our hotel in Weehawken, New Jersey. Situated beside the Hudson River, the structure stands in a years-long staring contest with the city skyline, so, when we turned the wrong way to reach our parking lot, we glanced to our right to see the sort of scene we’d seen a hundred times on postcards or television shows. “Oh, Michael,” my Dad said, momentarily lifted out of the fatigue of the day-long drive, “you have to get out and take a picture of that.” I started to protest –– I wasn’t wearing shoes, pictures taken in the dark never look all that g –– “Hurry!” Dad chided.

Feet in black socks, I rushed across the quiet street and toward the water. I held up my cell phone, took a few pictures, and ran back in the car. We checked into the hotel, grabbed a drink together –– father and son –– at the hotel bar, went to our room and laughed at our view: Not the city across the Hudson, but a construction zone. Red-brown earth, littered with tractors, cranes, piles of white tubes, and the occasional seafoam-green commode.

The next day, it didn’t occur to me, until about 8 p.m., that I’d forgotten to eat. I didn’t notice around lunchtime, blasting feel-good music in my apartment and walking the length of those floors again and again, trying to decide which way to face the couch. It didn’t dawn on me during my time at Human Resources, fumbling with my papers and trying not to seem too Midwestern with my questions about the direct deposit setup process. The snacks at Duane Reade did not pull my attention as I scoured the aisles for the bare essentials my apartment would need –– a shower curtain and liner, toilet paper, trash bags, a sponge and dish cleaner.

No, it hit me around eight, when I stopped bustling for just a moment, glanced out the window and watched the sky burn orange for the first night of this new chapter.

I’d like to tell you I wandered outside and into an idyllic café, the kind with a small city-garden in the back and acoustic music dancing around idly in the air, but I didn’t. I walked across the street and into a Chipotle, where – for reasons unknown – tables had been cordoned off for cleanup, and so I ate standing, peering out at everybody going everywhere.

On my first Friday in the City, I went on a date. A match on Tinder led to a conversation, which led to an invitation to coffee in Chelsea. The night before, a friend reached out via Facebook with an unexpected offer –– ‘want two tickets to see Taylor Swift tomorrow night?’ Smiling at the universe, I replied with a ‘yes.’

We met for coffee at The High Line Hotel, seating ourselves in wicker chairs just within the entrance. Across from us, a table held a jar full of dog treats, and our conversation was punctuated by dog owners whose pets knew well what awaited them. Together, we talked God and our histories, the stories of how our pushpins made their way to New York, the perils of trying to love somebody well.

Afterwards, we made our way to the Chelsea Pier, where he asked me to read some of my poetry. I read it, sheepish, and he asked why I read it so quickly. I started to explain, more sheepish, and he kissed me. A warm breeze encircled us, danced in the spaces between our fingers, and water slapped against the rocks.

Navigating to the concert was a multi-step process, involving the New Jersey transit, the Port Authority Bus Terminal, and –– ultimately –– Uber. When we jumped on the bus from New York to New Jersey, we slid into seats before realizing that his was stuck permanently in a reclined position. We laughed and switched seats.

At the stadium, we found our seats high up in the New Jersey sky. When the music began, excitement took me over, and I sung like the people down on the floor. About halfway through the show, having familiarized myself with the setlist beforehand, I turned to him. “She’s about to play a surprise song,” I said, “I just really hope it’s ‘Welcome to New York.'” And then she started singing, and I stopped hoping and just let the moment be. 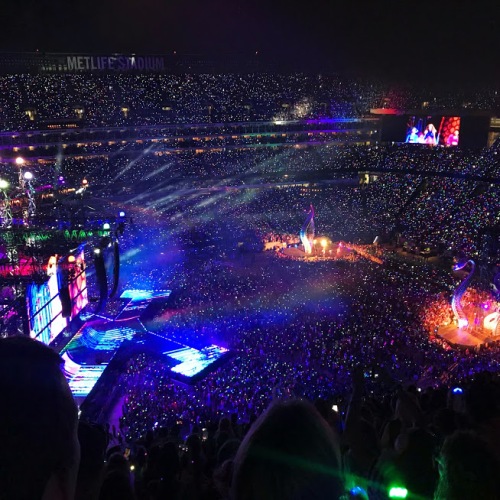 When we first dropped our bags on apartment floors /
took our broken hearts and put them in a drawer /
everybody here was someone else before /
and you can want who you want –– boys and boys and girls and girls /
Welcome to New York, it’s been waiting for you

This week, I celebrated a month since my move into the City. Already, the stories are starting to run into each other, memory condensing the days into specific, salient images: Turning 29 in the company of one of my best friends, and spending the night sharing drinks and teaming up to destroy strangers at a group Pac-Man game. Walking ten blocks with four bags on each arm, reminding myself I am no longer in the Midwest and need to buy only what I want to carry home. Warm nights with old friends, visitors to the City, people who know me from older chapters and still love me in this one. Dancing at a gay bar with two friends from my last chapter, taking the moment to look around and realize where we are and how we got here. Hopping into an Uber in the mid-day rain, following a boozy brunch date, and taking a picture of a taxi cab through the back windshield. Setting up my apartment and office, standing in front of students here for the first time and hoping they’re willing to invest in me. Mornings, days, and nights laughing and learning with them, cardboard fashion shows and lip sync showdowns. The moment we all –– students and staff alike –– dropped our reservations and danced like children to Hilary Duff singing ‘This is What Dreams Are Made Of.’ Learning my grandmother had died, feeling every inch of all these miles away, making my way through plane rides and back into everybody’s arms.

I’ve been showing up for my life, for the people who matter, for myself. I dreamt so longingly about every facet of this life I’m living, and so I’m working to show up for it. The love, the pain, the rich and oft-forgotten in-between.

I promised myself, before arriving here, that I would not be one of the many millions of men who move to New York and imagine ourselves the first to write about what it is to make a life here. My story is my own, and it does not end with, ‘and then he moved to New York City and his life became a well-curated, stainless conclusion.’

I’m finding my voice here, working to let the poetry flourish from honest soil. In a month’s time, I’ve had moments of self-doubt, anxiety, and uncertainty. I’ve discovered what it means to love my people from a distance, felt the sting of only being able to reach my arms so far, hoping my words might carry.

Two nights before I moved into the City, after a day of hugging my family goodbye and swallowing tears, I spent hours trying to work my belongings into my mom’s Jeep. Some things I tilted upside down, and some things made their way out of boxes and into any of the nooks and crannies I could manage, but –– ultimately –– I had decisions to make. ‘What matters the most,’ I asked myself, ‘what matters enough to bring with me?’

And so I’ve arrived – here, now, everything. Building on a new chapter, letting the broken pieces from the one before fall away, holding onto only that which mattered enough to bring with me. 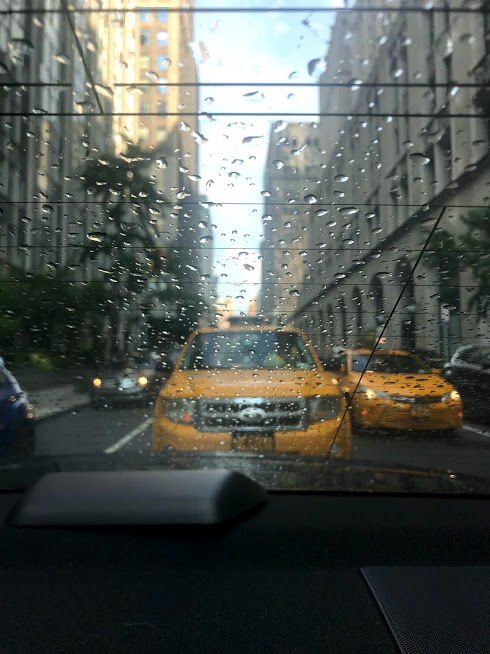 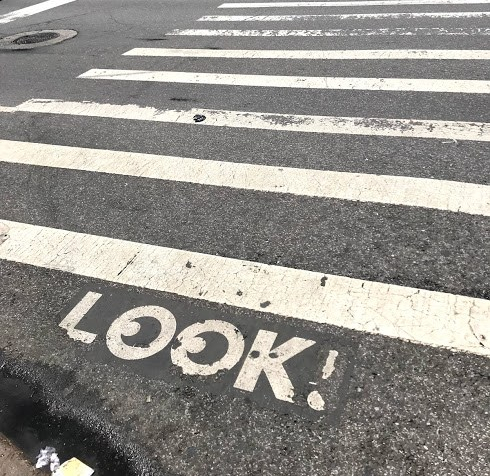 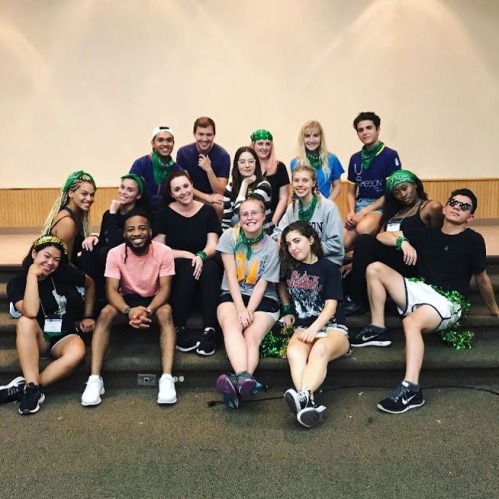